McDonald’s golden arches logo represents the number 13, the traditional number for a coven of witches. The Golden arches represent double rainbows, a reference to monarch mind control. They could also represent the two Masonic pillars according to other researchers.

Citibank logo with a rainbow or arch joining two pillars 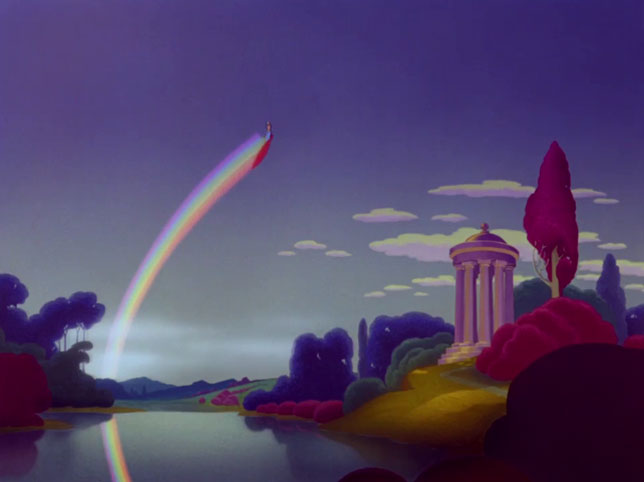 According to Illuminati programmer Fritz Springmeier, Disney’s Fantasia is one of the main programming tool used by the Illuminati to create Monarch mind-controlled slaves.
The rainbow (Antahkarana, Rainbow Bridge) has special significance in programming as it represents a bridge between both world, the real world and the fantasy world created by the programmer.