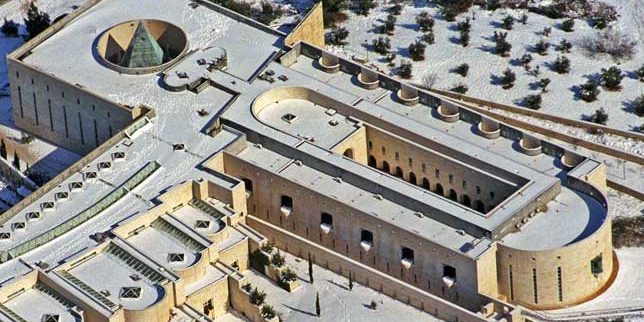 The Supreme Court Building is located in Jerusalem and was donated to Israel by Dorothy de Rothschild, wife of James Armand de Rothschild of the French banking dynasty.

The Pyramid, which is the center of the area, is an architectural representation of the Second Temple period, inspired by Zechariah’s Tomb and Absalom’s Pillar located in the Yehoshafat Valley in Jerusalem. 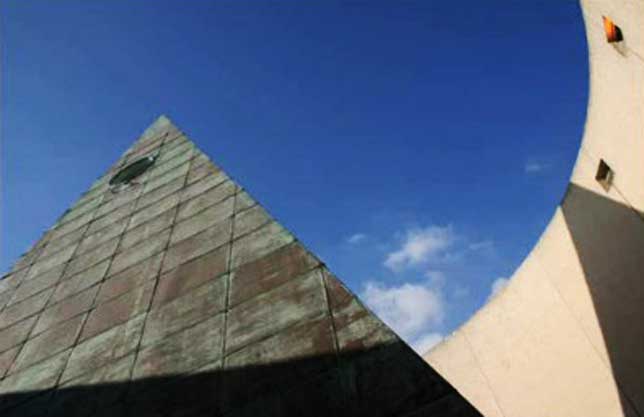 Close up view of pyramid and all-seeing eye