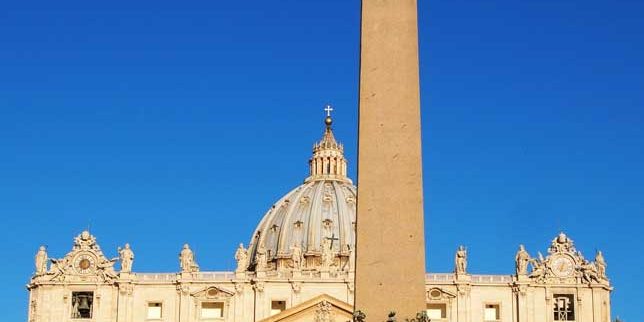 The 83″ (25.5 m) was first erected in Heliopolis, Egypt around 2500 BC. It was brought to the Julian Forum of Alexandria by Emperor Augustus and stood there until Emperor Caligula had it moved to Rome in 37 AD.
It was moved to its present location in 1586 under the orders of Pope Sixtus V. 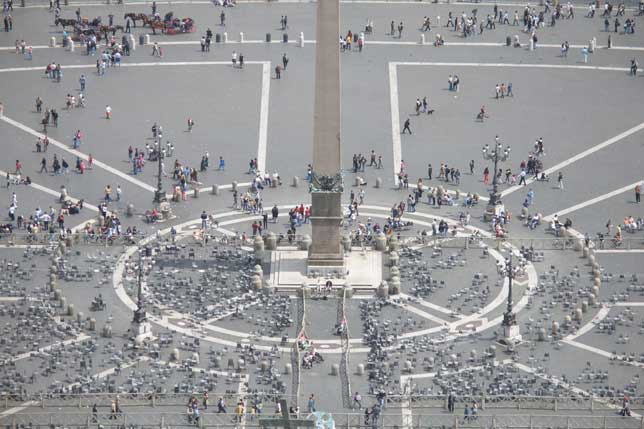 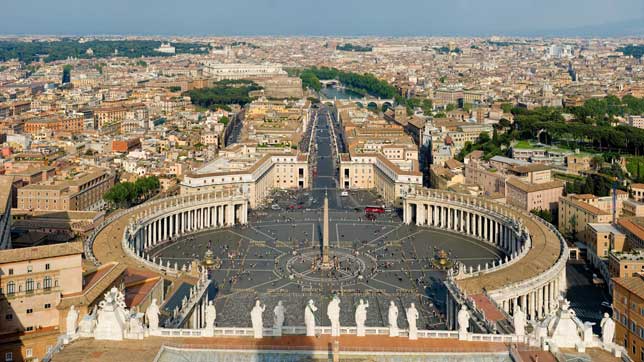 St. Peter Square longshot with obelisk in the middle