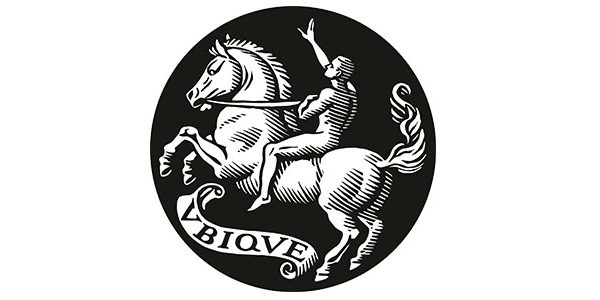 “The Council on Foreign Relations (CFR), an Illuminist organization headquartered in New York City, has as its official logo a conquering, wild, naked, man riding a rampant white horse, while giving the Sign of Admiration and Astonishment.
The fingers of the hand are pointed toward the CFR’s hidden Master in the Stars, the Prince of Power of the Air (Lucifer). Notice, too, the black, circular background and the cryptic Latin inscription, ubique, which means “everywhere.”
This logo, until recently, was printed on every issue of the CFR’s official publication, Foreign Affairs. The man on a white horse theme, I believe, comes from the Bible’s Revelation 6, the Four Horsemen of the Apocalypse. The first rider comes riding a white horse and proclaims the world, “Peace,” which claim proves to be a monumental lie.”