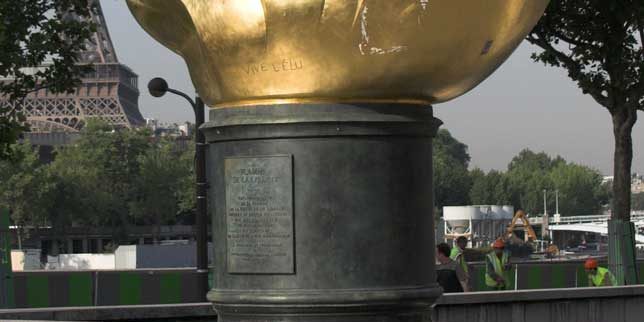 The Flame of Liberty is a full scale replica of ht e flame held by the Statue of Liberty in Ney York.
The flame has become a default memorial for Princess Diana, who was murdered by the Illuminati in 1997.