You are here:
Illuminati Symbols in LogosMoney 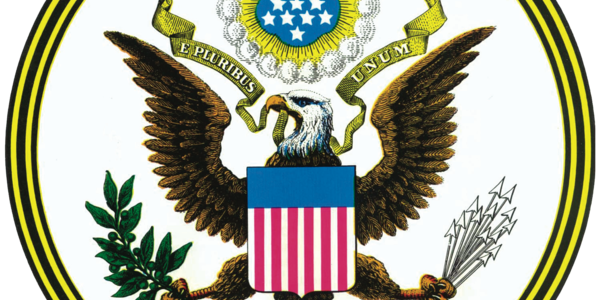 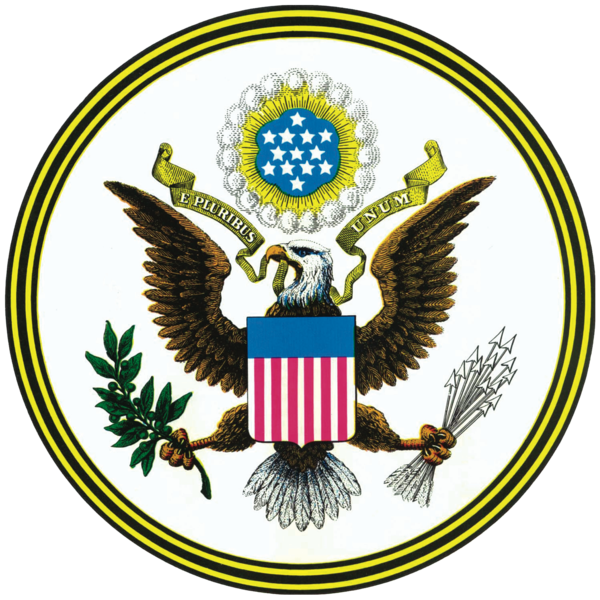 The American bald eagle symbolizes freedom and strength. It is holding 13 arrows in one claw and an olive branch with 13 leaves in the other symbolizing Congress’ power over war and peace. The eagle is looking right showing that the US is a peaceful nation.
The unsupported shield, like the US, stands on its own. The shield is composed of 13 stripes representing the 13 colonies with a blue bar on top uniting the stripes denoting Congress.
The cloud with a constellation of 13 stars over the eagle represents the new nation taking its place amongst the world’s sovereign nations.
Motto: E pluribus unum (13 letters) – “Out of many, one” – as in the 13 colonies united as one through Congress.

~ The Illuminati Symbol, the Great Seal and the One Dollar Bill

Is the eagle on the Great Seal of the United States an ILLUMINATI SYMBOL?