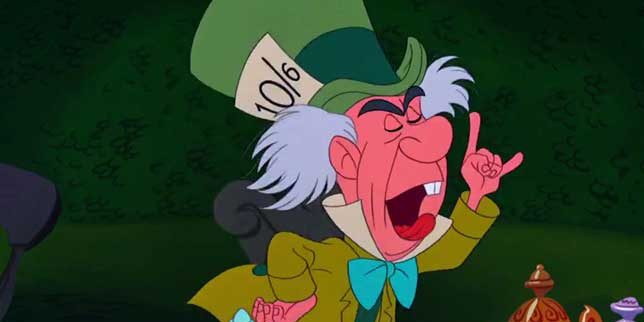 Alice in Wonderland characters Mad Hatter and the Walrus both flash the Devil’s horns Illuminati sign.
According to Monarch mind control researcher Fritz Springmeier, Alice in Wonderland is one of few Disney films used to program Monarch slaves. He writes:

Alice In Wonderland Programming: going down the tree, going through the mirror, going underneath something or growing tall.
The internal programmers (and some other alters) have the ability to send other alters into deep trances. One of the programs for doing this is based on the Alice In Wonderland Theme and it was experienced like this for a level 2 alter who managed to stay in communication with her deprogrammer:
When the alter went down in her mind she went down on the inside of the trunk of a tree (like Alice In Wonderland). At the bottom she saw a keyhole, a table, and on the table was love potion #9. She automatically drank the love potion which shrinks her to a dot and then she goes through the keyhole. So normally this process means she goes through the keyhole. She managed to stay in contact with her deprogrammer during this deep trance. After the key hole she saw thousands of looking glass mirrors.
Everything got smaller as she went down the tree. She became a dot.
She drinks love potion no. 9 and comes back with it. A tree comes and wraps itself around her and loves her. As she ascends (comes up in trance) she stretches up and enlarges. In coming up out of trance she gets stuck at level 8 due to some interference from deeper alters. She, in accord with her programming, senses her Master’s love. (Normally she would have simply tranced out, and another alter would have taken her place and she would have no recollection of the entire process.


And here’s the Walrus doing the same: 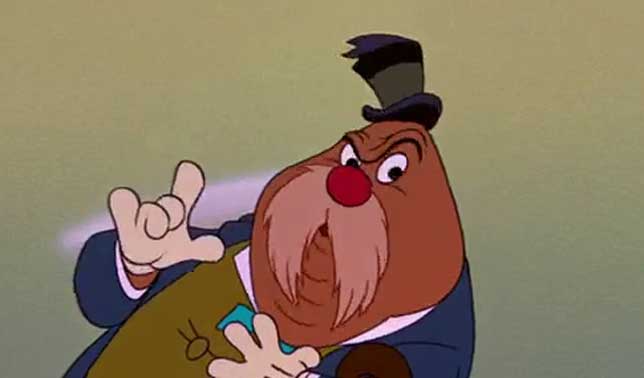