The French Winery owned by Baroness Philippine de Rothschild appears to have concealed the numbers of the beast hidden on its logo. Château Mouton Rothschild have often been accused of incorporating Satanic elements in its labels. 😕

The Rothschild family is often regarded as heading the 13 generational bloodlines of the Illuminati.

Are the Rothschilds
using an
ILLUMINATI SYMBOL? 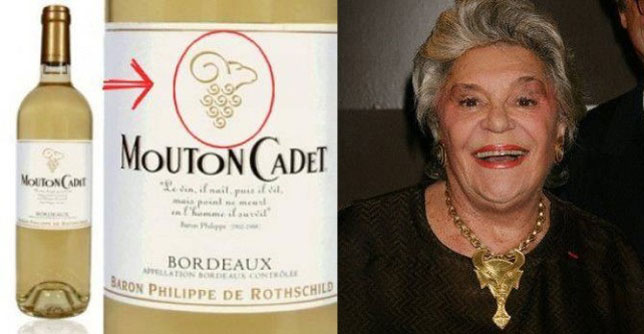