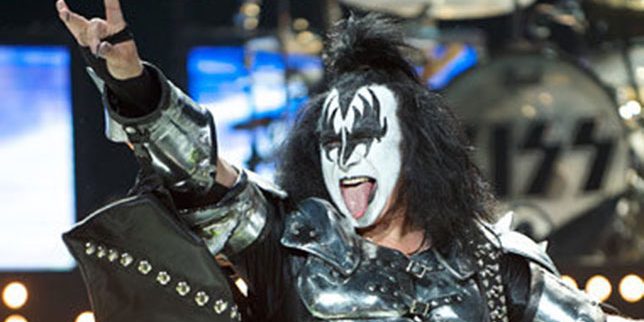 
Glam rock band KISS bass guitarist Gene Simmons, aka “The Demon”, used the Sign of the Horns starting in the early 70’s.
KISS name is sometimes thought to be an acronym meaning “Kids In Satan’s Service” or alternatively, “Knights in Satan’s Service“. These rumors are most-likely false. According to band members, the name was though of on a whim by KISS co-founder Paul Stanley while waiting on a traffic light. Stanley had been inspired by a band called Lips.
In June, 2017, Simmons filed a for filed for a registered trademark on the popular Sign of the Horns. Simmons claims to have been the first to use the sign commercially in November 14, 1974 during the group’s Hotter Than Hell tour. He signed documents stating that “no other person, firm, corporation or association has the right to use said mark in commerce, either in the identical form or in such near resemblance”
UPDATE: Simmons withdrew his application on June 20th, 2016.
The claim is unusual since the sign is well-known to rock aficionados. The psychedelic ban Coven used the sign commercially in its album art for its 1969 album Witchcraft Destroys Minds & Reaps Souls. Paul McCartney made the sign on the cover of the Beatles’ 1966 single, Yellow Submarine/Eleanor Rigby.
Additional, Black Sabbath frontman, Ronnie James Dio is widely attributed with popularizing the Metal Horns, or Sign of the Horns well before Simmons. Needless to say, Dio’s widow is NOT impress with Monsieur Simmons. 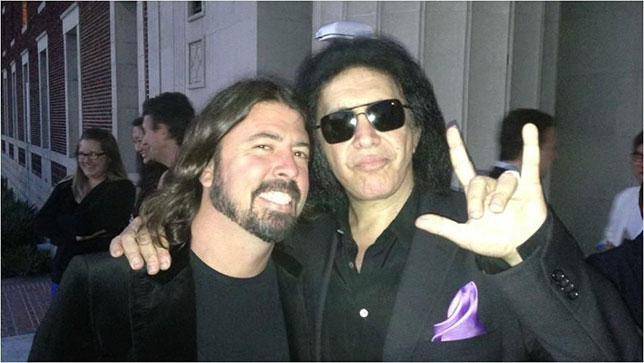 Specimen offered by Simmons to the Trademark Office