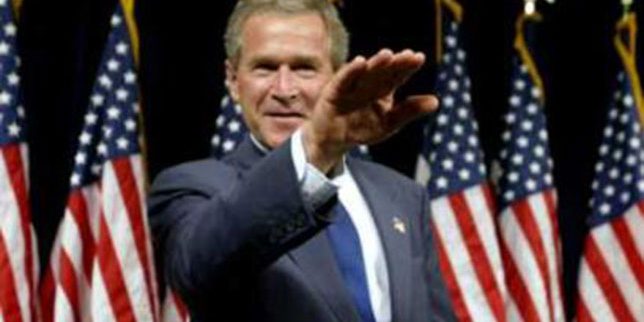 President George W. Bush doing the Nazi Salute. The Bushes have a history of supporting fascists.

US Senator and founder of the Bush political dynasty, Prescott Bush remained fond of Nazis even after the outbreak of World War 2. In 1942, his holdings in the Union Banking Corporation (UBC) were seized by the US government under the Trading with the Enemy Act.