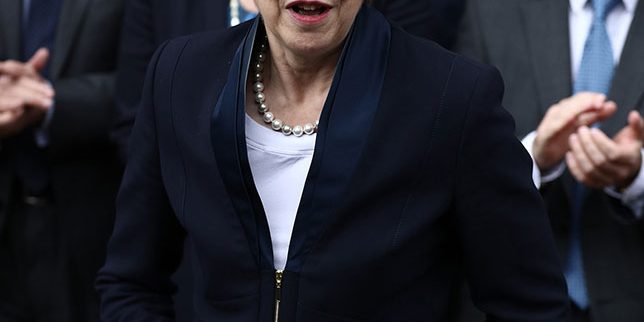 Theresa May, unelected Prime Minister of the newly independent United Kingdom. May was elevated to the position after the ex-PM and leader of the Conservative Party stepped down following the exit of the United Kingdom from the European Union.
May made the sign while speaking outside the House of Parliament in July 2016 moments after gaining the Conservative leadership and UK’s Prime Minister.

Is Theresa May ILLUMINATI?