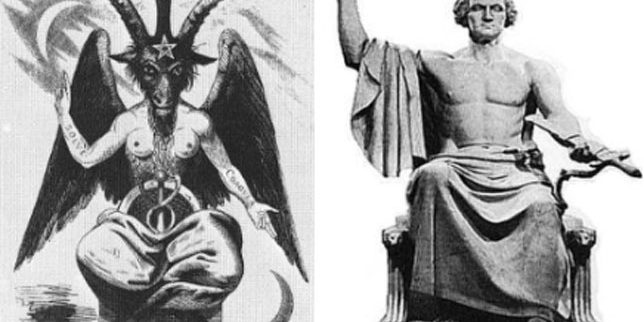 The statue caused so much controversy that it had to be removed from the US Capitol rodenda and placed where it would be less seen. The controversy had nothing to do with Washington allegedly being in the same Satanic position as Baphomet is traditionally depicted in, it was rather attributed to George not wearing any shirt.
Citizens were offended by Washington’s bare torso. Keep in mind, this over a century before the advent of HBO.

Is the Washington
representing
Baphomet? 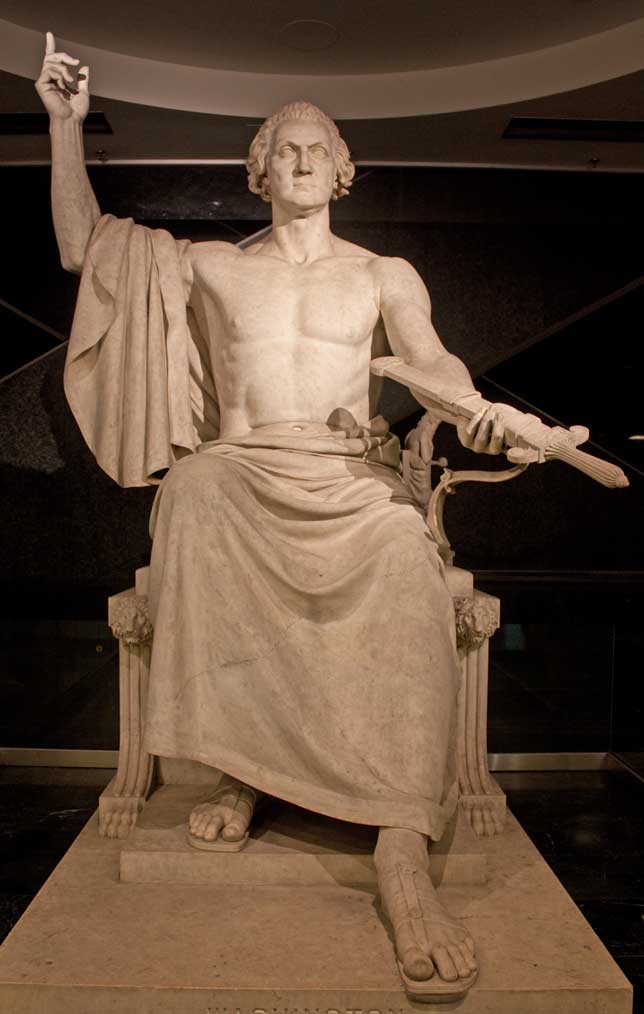