You are here:
HistoryIlluminati Hand Signs 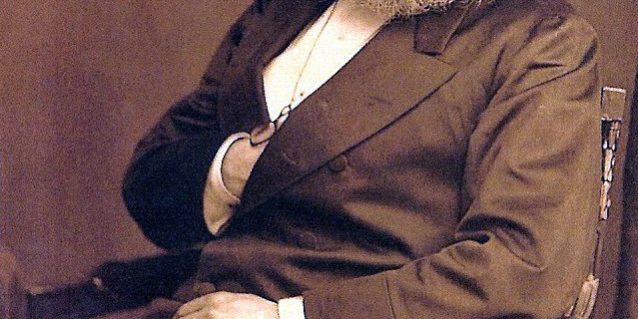 Karl Marx (1818 – 1883) is best known for his books Das Capital and an action guide for the newly formed Communist League, the Communist Manifesto. His ideas on class struggles with the rich capitalist upper class (bourgeoisie) and the poor industrial working class (proletariat) are still very much relevant today, with the recent Occupy Wall Street movement bringing the existence of the 1 percenters once again to light.
Stalin’s interpretation of communism was significantly different than Marx’s. Under Stalin, the workers did not owned factories (his cronies did), there weren’t any free education, and Soviets were not allowed to vote or recall government officials.
Communism is often regarded as an Illuminati creation by observers. Here, Karl Marx is photographed making the Hidden Hand gesture.